Introduction of Five Nights at Freddy’s 3

Five Nights at Freddy’s 3 features a time context 30 years from the first NFAF edition. Freddy Fazbear’s Pizza is no longer a pizza restaurant, but it has turned into a horror attraction called Fazbear’s Fright. In the NFAF 3, your mission is to survive the attack of Springtrap, an animatronic costume. 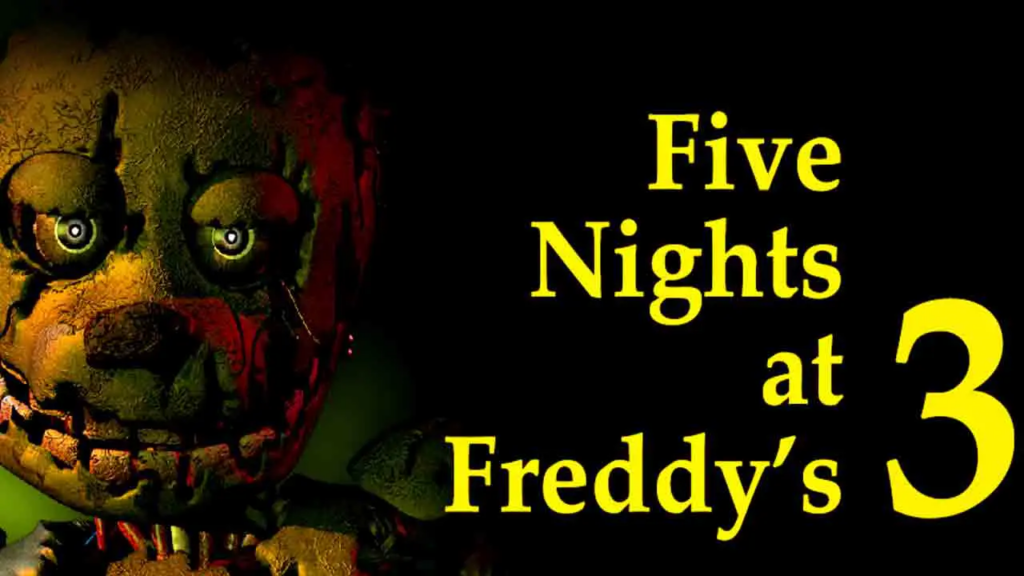 You still face the enemies in the two previous games who come in the form of wicked souls and do anything to hinder you from protecting yourself, like breaking the electronic systems.

The server of Fazbear’s Fright will be your guide in the first two rounds. Then, you must learn new survival tricks by listening to the old tapes.

Five Nights at Freddy’s 3 has two different endings, and we will let you discover the story yourself.

How To Play Five Night At Freddy’s 3

In the FNAF 3, you must avoid Springtrap from approaching your office and the evil ghosts from damaging the electricity system. The souls of two previous chapters’ animatronics can’t take your life like Springtrap, but they can hinder you from using the beneficial equipment.

Click on the arrow on the right of the screen, and a map of the cameras will pop up. You must click on a box labeled, for example, CAM 01, to check what is going on in the room.

The camera system is the only tool for you to spot where Springtrap is. When you locate Springtrap, you must play the audio in a nearby room to lure him away.

Sometimes, Springtrap may come from the vents, so you must check and seal them to keep them at bay. You can seal the vents by clicking on a camera, then pressing space.

You must check the maintenance panel if anything goes wrong with your system. A signal “Error” will appear beside the system name. You must click on the system name to reboot it.

Some Tips For Surviving In FNAF 3

Many players suggest that Cam 10 is always the first camera to detect Springtrap, so you should spend more time checking on Cam 10 than on other cameras.

Playing audio and sealing vents are two considerable ways for you to save your life from Springtrap. However, you must remember that you can only play audio in the rooms, not in the vents. You can seal the vents instead.

The crawling sound in the vent is an indication of the coming of Springtrap. You should immediately check the vent cameras if you hear this sound. Then, seal the vent if you see Springtrap.

#4 Don’t Spend Much Time On A Camera

Taking too much time to check a camera may result in an error. Besides, you should change the camera whenever you see a phantom, or else it may cause a camera error.